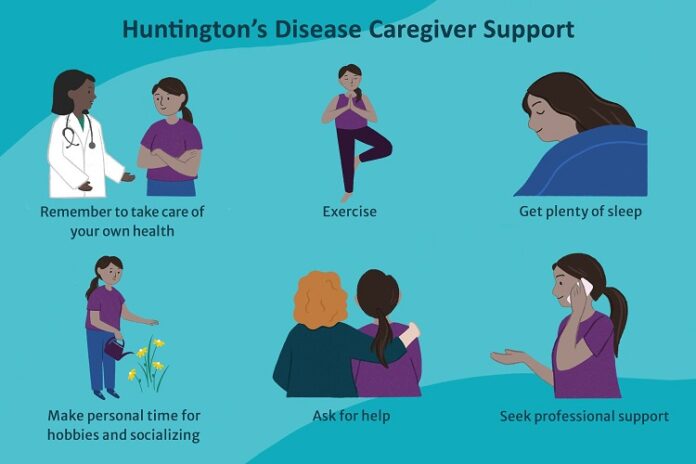 Huntington’s disease is due to a genetic alteration that destroys certain brain neurons. The patient cannot control his movements, which resemble a dance, and ends up developing dementia.

It is known as Huntington’s disease (HD), a type of movement disorder that has its origin in a problem in an area of ​​the brain called the basal ganglia; specifically, the area known as the caudate. The neurons that govern this part of the brain begin to destroy themselves in a genetically programmed way; that is, our heredity dictates that these neurons must be destroyed. This causes a decrease in the neurotransmitter acetylcholine levels, which contributes to worsening symptoms and favors the development of dementia in the advanced stages of Huntington’s disease. Click here https://product-review.org/ to get more details about maintaining your health.

The basal ganglia are, together with the cerebellum, the most important structures of our nervous system in the control of movements. When the neurons in this area degenerate, the control functions of movement are left unregulated, which produces one of the main symptoms of Huntington’s disease: chorea, or uncontrolled movements that resemble a dance (dancers), because involuntary movements are no longer inhibited.

The condition usually begins in the middle age of life. In more advanced stages, this degeneration begins to become more extensive, affecting other areas; and finally, dementia appears.

Huntington’s disease (HD) develops based on a genetic alteration. One of our chromosomes, specifically chromosome number 4, undergoes a mutation in its short arm. As it is not a sex chromosome, both men and women can develop HD, depending on the genetic inheritance they receive from their parents.

As it is a dominant gene, it is only necessary for one of the parents to have a copy of the defective gene in their genetic material for the offspring who have inherited this gene to develop Huntington’s disease (if it were recessive, both the father and the mother should carry a copy of the gene for the disease to appear, but unfortunately this is not the case). Anyone who has inherited a faulty gene will end up developing the disease if they live long enough.

So the only hope is that, of the two copies of each gene that each parent can provide to the offspring, the inherited copy is the healthy one and not the defective one.

Sometimes a person who does not have a family history of Huntington’s disease may develop the disease. These are spontaneous cases in which the gene undergoes a sporadic mutation, which leads to the appearance of symptoms. If you want to learn more about Huntington’s disease and its treatment, visit our dedicated website https://shaftdeals.com/ for further details.

During the first stages of the disease, involuntary movements may appear mixed with intentional ones; therefore, it is easy for it to go unnoticed right now. As a general rule, the effects progress faster the younger the patient is. Thus, a person who begins to present symptoms at 30 years of age will suffer a more rapid evolution of the disease than if the patient begins to develop symptoms at 50 years of age.

The main symptoms are those that involve movement, but they are not the only ones. One of the most frequent, especially in the early stages, is character changes. The person is more irritable, aggressive, listless, or even depressed.

The cognitive abilities may also be affected: memory, concentration, reasoning can be reduced. As Huntington’s disease progresses, symptoms of dementia begin to be observed as the neurotransmitter acetylcholine decreases, which ensures that the connections between neurons work perfectly. Our website https://super-buy.net/ provides a wide variety of information about taking care of your health. Do not forget to check that out!

When to See an Orthopedic Specialist

What is Chronic Depression

WHY ORGANIC SKIN CARE IS ESSENTIAL?